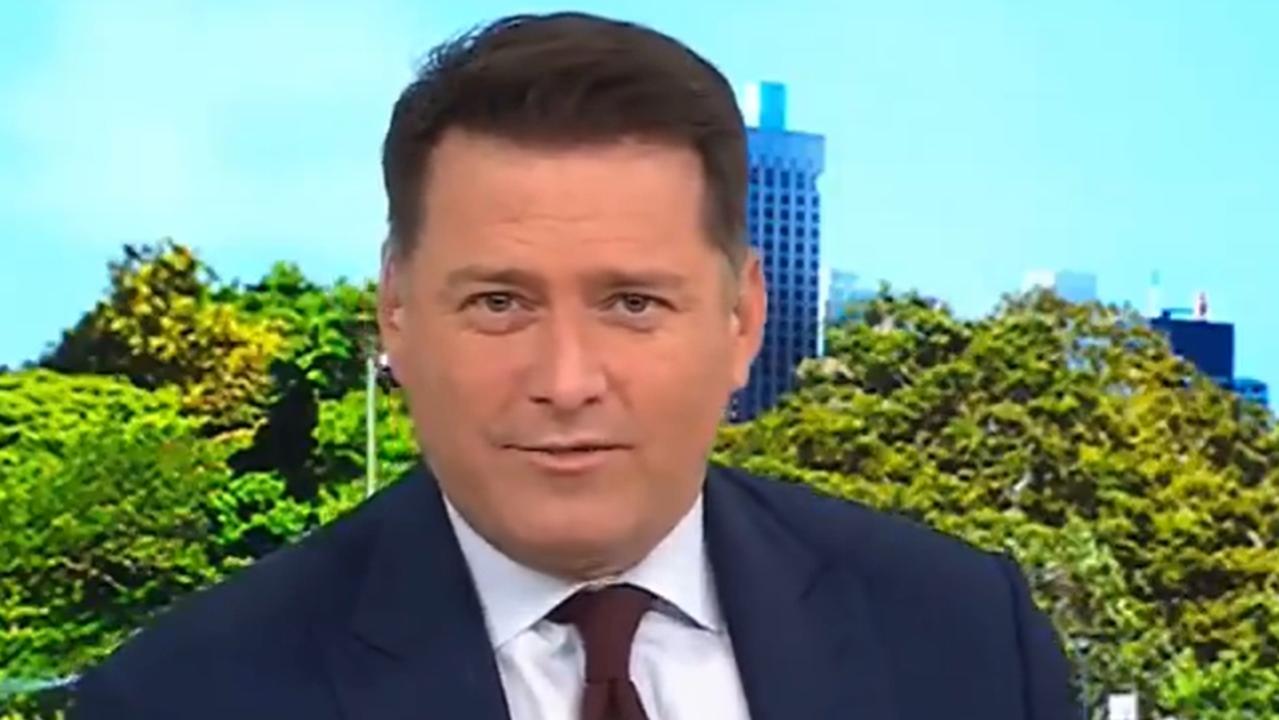 Presenters of the Today show lost it on air after host Karl Stefanovic made a crude joke about Queen Elizabeth II.

It came as news anchor Alex Cullen was detailing how the Queen was seen using a walking stick.

The 95-year-old used a walking stick for support as she attended a service marking the centenary of the Royal British Legion at Westminster Abbey in London.

“She was using a cane. She was 95,” Cullen said before Stefanovic replied: “She could use it to beat you up.”

Stefanovic couldn’t resist a joke and then said: “I suppose she is single.”

The panel began roaring with laughter before Stefanovic added: “And shout at me for being a proud Republican.”

The walking stick has raised questions over the Queen’s health given it is the first time she has used a walking stick since 2003, when she was spotted with a cane following a knee operation.

However, it is understood the accessory was used for comfort but no medical reason for the stick has been given.