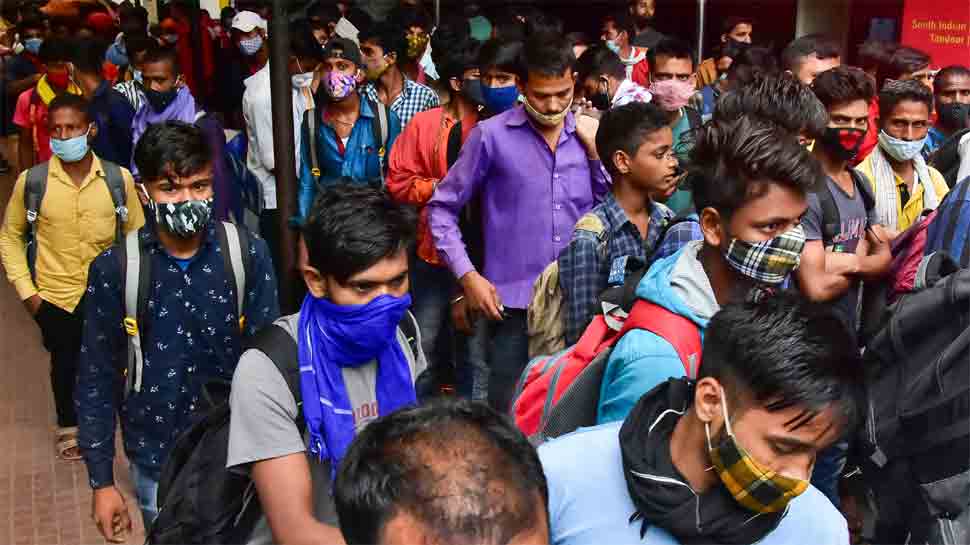 New Delhi: India’s excess deaths during the COVID pandemic could be between 3.4 to 4.9 million, according to a new report which suggests millions more may have died from the SARS-CoV-2 virus than the official count. The report, which was released on Tuesday (July 22), is co-authored by India’s former chief economic adviser Arvind Subramanian, Justin Sandefur from the US-based think-tank Center for Global Development and Abhishek Anand from Harvard University.

“Estimating COVID-deaths with statistical confidence may prove elusive. But all estimates suggest that the death toll from the pandemic is likely to be an order of magnitude greater than the official count of 400,000,” the authors said. “True deaths are likely to be in the several millions not hundreds of thousands, making this arguably India’s worst human tragedy since partition and independence,” the authors added in their report.

Excess deaths between January 2020 and June 2021 are between 3.4 million to 4.9 million, they estimate. Excess deaths are additional deaths recorded during a pandemic, as compared to a corresponding period in pre-pandemic years, and could be a potential indicator of undercounting in India’s COVID toll.

Noting that India lacks an authoritative estimate of the death toll from Covid, the researchers based their estimate of excess mortality on three different data sources from the pandemic’s start through June this year. First, the extrapolation of state-level civil registration of deaths from seven states. This suggests 3.4 million excess deaths. Second, the researchers applied international estimates of age-specific infection fatality rates (IFR) to Indian seroprevalence data. This implies a higher toll of around 4 million.

IFR assesses the proportion of deaths among identified confirmed cases and allows estimation of excess deaths. Third, the researchers analysed data from the Consumer Pyramid Household Survey (CPHS), a survey of over 800,000 individuals across all states. This yields an estimate of 4.9 million excess deaths. The researchers said they don’t favour any one estimate because each has merits and shortcomings.

India is still emerging from a devastating second wave that started in March and is believed to have been driven by the more transmissible Delta variant. The analysis also suggests the first wave was more lethal than believed. By March-end this year, when the second wave started, India had an official death toll of over 1,50,000 (1.5 lakh). Several experts have cast doubts on India’s official toll, blaming the way deaths are counted in the country rather than deliberate misinformation.

Since official figures don’t represent the reality, there is need to use indirect methods such as an estimation of excess deaths due to all causes over the pandemic period, said Gautam Menon, professor, Departments of Physics and Biology, Ashoka University, Haryana. “The analysis leads to a broad range of possible values, of an undercounting by a factor of 3 at the lower end to an undercounting by a factor of 10 at the upper end. All evidence suggests that the actual value lies within this range,” Menon, who has been a part of several COVID-19 modelling studies, told PTI.

He said the relatively low official numbers for COVID-19 mortality at the end of the first wave were likely responsible for a sense of “Indian exceptionalism” and a consequent slackening of the required vigilance, leading to the devastating second wave. “Their results point to the importance of having accurate and timely mortality estimates and the need to reimagine and restructure our approach to how such data is collected.” On some points, the uncertainties in data overwhelm the calculation.

For example, Menon explained, in estimating the mortality impact of the first vs the second wave, different methods give qualitatively, and not just quantitatively, different results. For this reason, he said he would tend to lean towards the more conservative end of the estimate in the US report. Murad Banaji, a senior lecturer in mathematics at UK’s Middlesex University, agreed.

“We cannot be certain that total excess deaths have been 10 times higher than recorded COVID-19 deaths. But even the most conservative estimates give around 2.5 million excess deaths to date, roughly six times the official COVID-19 death count,” Banaji told PTI in response to the findings.

Banaji, who has been looking at India’s COVID-19 mortality figures, said the report suggests that during the pandemic, India has seen a surge in deaths many times higher than the official COVID-19 death-count.

Noting that there is no easy way of determining how many of the excess deaths are from COVID-19, he added that epidemiological and international data suggests a large part of the excess mortality is likely to be from the disease.

According to Banaji, the main takeaway from the report is that while mortality has been high, disease surveillance and transparency have been very poor.

“Weak death recording, and dishonest and misleading narratives around mortality have hampered efforts to understand and predict the course of COVID-19 in India. They contributed to complacency and to the mismanagement of the second wave of the epidemic in the country.”

It is important for every country to capture excess mortality, WHO chief scientist Soumya Swaminathan said on Tuesday.

” — only way to prepare the health system for future shocks & to prevent further deaths. It’s also why we need to invest in strong civil registration & vital statistics, so policies can be adjusted based on real data,” she said in a Twitter post.

On Wednesday, India recorded a single day rise of 3,998 coronavirus fatalities and 42,015 new cases as Maharashtra carried out a |data reconciliation exercise, according to the Union Health Ministry. While the death toll went up to 4,18,480, the case tally is now 3,12,16,337 (3.12 crore/31.2 million) with a daily positivity rate of 2.27 per cent — it has been less than three per cent for 30 consecutive days.